Load Testing is a process of end to end performance tests under anticipated production load.  The objective such tests are to determine the response times for various time critical transactions and business processes and ensure that they are within documented expectations (or Service Level Agreements – SLAs).  Load tests also measures the capability of an application to function correctly under load, by measuring transaction pass/fail/error rates.  An important variation of the load test is the Network Sensitivity Test, which incorporates WAN segments into a load test as most applications are deployed beyond a single LAN.

Load Tests are major tests, requiring substantial input from the business, so that anticipated activity can be accurately simulated in a test environment.  If the project has a pilot in production then logs from the pilot can be used to generate ‘usage profiles’ that can be used as 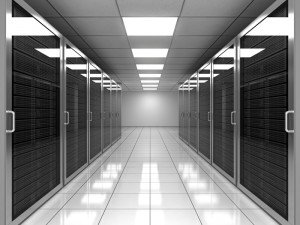 Load testing must be executed on “today’s” production size database, and optionally with a “projected” database.  If some database tables will be much larger in some months time, then Load testing should also be conducted against a projected database.  It is important that such tests are repeatable, and give the same results for identical runs.  They may need to be executed several times in the first year of wide scale deployment, to ensure that new releases and changes in database size do not push response times beyond prescribed SLAs.

The purpose of any load test should be clearly understood and documented.  A load test usually fits into one of the following categories:

What functions or business processes should be tested?

The following table describes the criteria for determining the business functions or processes to be included in a test.

The important thing to understand in executing such a load test is that the load is generated at a protocol level, by the load generators, that are running scripts developed with the VUGen tool.  Transaction times derived from the VUGenscripts do not include processing time on the client PC, such as rendering (drawing parts of the screen) or execution of client side scripts such as JavaScript.  The WinRunner PC(s) is utilized to measure end user experience response times.  Most load tests would not employ a WinRunner PC to measure actual response times from the client perspective, but is highly recommended where complex and variable processing is performed on the desktop after data has been delivered to the client.

The LoadRunner controller is capable of displaying real-time graphs of response times as well as other measures such as CPU utilization on each of the components behind the firewall.  Internal measures from products such as Oracle, WebSphere are also available for monitoring during test execution.

After completion of a test, the Analysis engine can generate a number of graphs and correlations to help locate any performance bottlenecks.

Expected output from a load test often includes a series of response time measures at various levels of load, eg 500 users, 750 users and 1,000 users.  It is important when determining the response time at any particular level of load, that the system has run in a stable manner for a significant amount of time before taking measurements.
For example, a ramp-up to 500 users may take ten minutes, but another ten minutes may be required to let the system activity stabilize.  Taking measurements over the next ten minutes would then give a meaningful result.  The next measurement can be taken after ramping up to the next level and waiting a further ten minutes for stabilization and ten minutes for the measurement period and so on for each level of load requiring detailed response time measures. 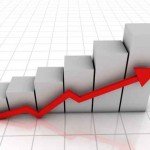